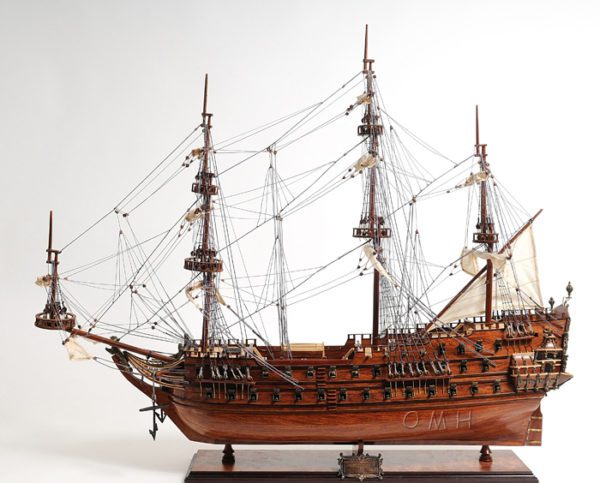 Dimenssion: L: 36.7 W: 11.75 H: 31.7 Inches
History: De Zeven Provincin was a Dutch ship of the line, originally armed with 80 guns. The literal translation is “The Seven Provinces~ the name referring to the fact that the Dutch Republic in the 17th century was a confederation of seven autonomous provinces. The vessel was originally built in 1664-65 for the Admiralty of the Maas in Rotterdam, by Master Shipbuilder Salomon Jansz van den Tempel. The ship participated in all major naval combat between 1666 and 1692. From 1666 to 1674 the ship was the flagship of the Admiral Michiel de Ruyter, one of the most famous sea-officers the Dutch Republic had ever seen. In 1694 the Zeven Provincin was decommissioned and sold to be broken up. As of 2008, a new replica is being constructed.

Be the first to review “Zeven Provincien”