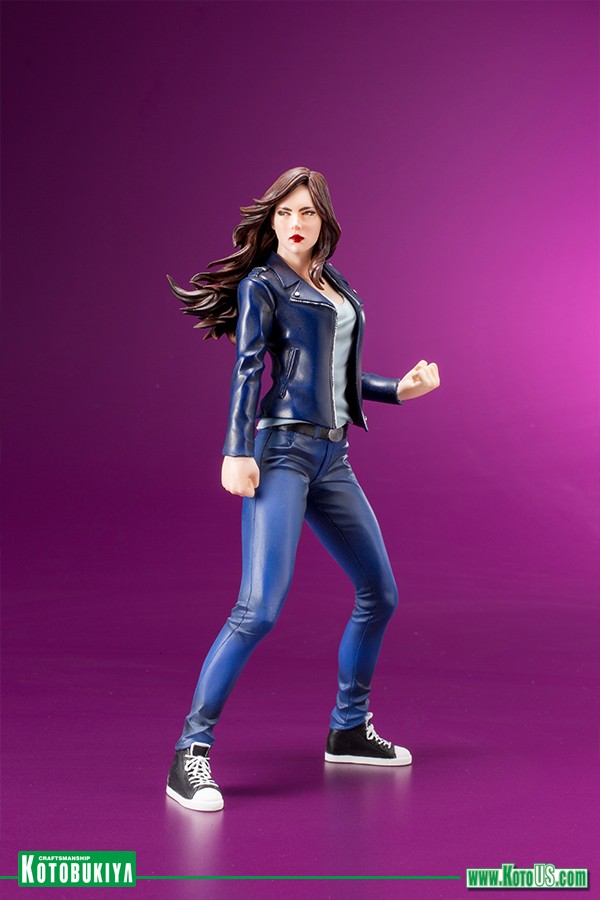 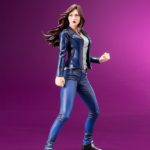 Kotobukiyas Marvel Comics ARTFX+ Statues have brought you Avengers, X-Men, and most recently Spider-Man and characters from his world, but now we turn our attention to the street-level heroes of the Defenders. A collaborative effort between Marvel Comics artist Dale Keown and Junnosuke Abe (Restore), the sculptor behind many of Kotobukiyas Marvel statues, the Defenders lineup now adds the mysterious, superpowered private investigator who roams the back streets of Manhattan: JESSICA JONES! Beloved by longtime comic book fans as well as new followers of Marvel alike, the current iteration of the heroine was born in the Alias comic series which covers the former superheros work as a P.I. and became the basis for the popular Jessica Jones Netflix series.

The time for investigation is over and Jessica Jones stands ready to take down any creep or villain who threatens her city! Remembering her former glory days as an Avenger the private eye takes a tough stance in the face of evil, turned to the side to present a smaller target and holding her fists clenched tight. She wears her usual casual work attire with black and white tennis shoes, blue jeans, a white shirt, and a navy blue jacket.Her pose accentuates her athletic physique and captures the power she holds within her, while the fluttering of her long brown hair adds a unique hint of motion to the presentation. Meanwhile, the Defender stares down the punks before her with a look of disdain and determination, her pursed lips decorated with vibrant red lipstick. Sculpted by Junnosuke Abe (RESTORE), the master behind all of the Marvel ARTFX+ releases, Jessica Jones stands just over 7 inches tall (1/10th scale) with magnets in her feet providing perfect stability on the included display base.

Be the first to review “THE DEFENDERS SERIES JESSICA JONES ARTFX+”