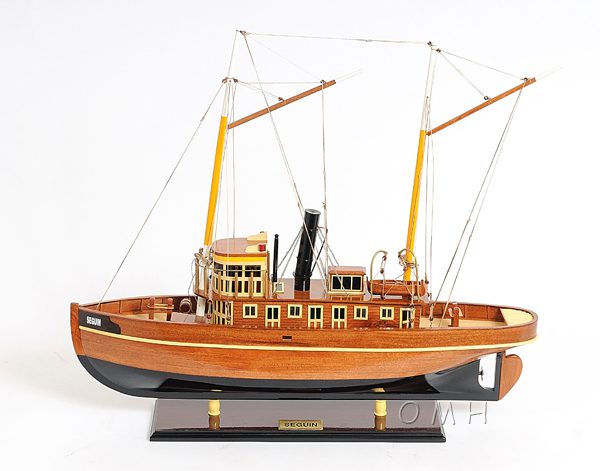 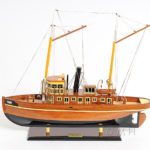 Dimenssion: L: 26 W: 6 H: 23 Inches
History: The Seguin Tugboat was launched in Maine in 1884. Named after Seguin Island at the mouth of the Kennebec River, the Seguin at one time was our nations oldest operating steam powered tugboat. She spent her first 20 years towing wooden sailing vessels up and down the Kennebec River and towing cargo barges along the Atlantic coast, from Maine to Virginia. In the early 1900s, she became a New York harbor tug, finally returning to an active career in Maine until retiring in 1967. During restoration by the Maine Maritime Museum, her hull was found to be hopelessly rotted, and, with deep regret, the museum scrapped her.

Be the first to review “Seguin”