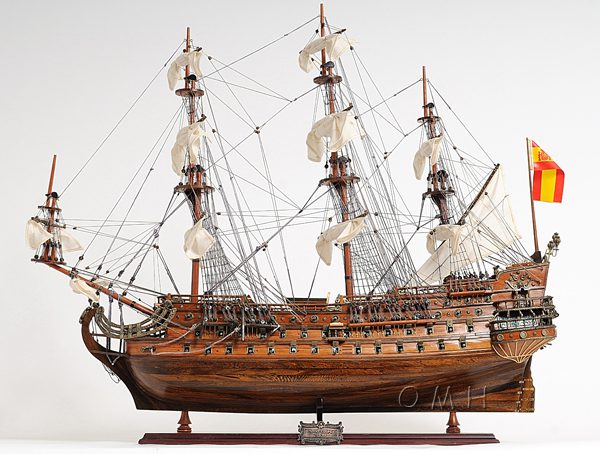 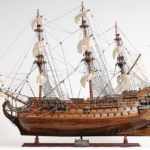 Dimenssion: L: 37 W: 12 H: 35 Inches
History: The San Felipe, launched in 1690, was one of the most beautiful Spanish galleons of the XVII century. She was the lead ship of the famous Spanish Armada. The San Felipe displaced more than 1000 tons and was armed with 96 cannons, enabling her to take on the most formidable ships in the French and British navies. The San Felipes role in the war against the British and French was to help protect Spanish settlements and harbors, to transport treasures, and to safeguard the long and hazardous passage back to Spanish ports. In 1705, the San Felipe participated in a furious and heroic battle between 12 Spanish ships and 35 British ships. After 24 hours of battle, she was captured by an English ship, but was so badly damaged that she could not be salvaged as a prize. She went down to the bottom of the ocean with several tons of gold.

Be the first to review “San Felipe Exclusive Edition”