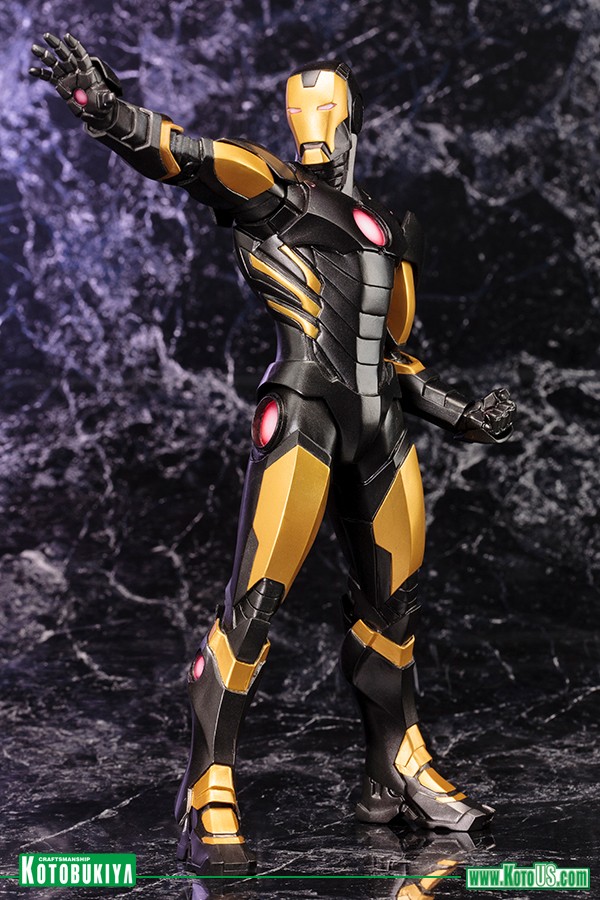 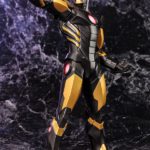 KOTOBUKIYA Japanese import! Marvel Comics is the next great property to get Kotobukiyas ARTFX+ statue treatment, and so of course the first series is none other than the Avengers, specifically the characters as they appear in Marvel Now! In 2012 the comic book company relaunched several titles, shifting some characters into different books and updating some for a modern audience. More than anything, it provided a perfect jumping on point for new readers. Now the characters are brought to life as never before based on concept artwork by superstar artist Adi Granov. The latest Avenger to join the team is IRON MAN, who completes the lineup of Earths defenders with his previously released allies Hulk, Black Widow, Captain America, Hawkeye, and Thor!

Created in 1963 by a group of comic book luminaries (including Stan Lee and Jack Kirby), Tony Stark was a rich playboy whose capture during the Cold War led him to create a technologically advanced powered armor suit bristling with weapons and science-fiction gadgets. Best known for fighting enemies such as Mandarin and Crimson Dynamo, Stark would over the years combat his own personal demons as well, making him a very nuanced and interesting character popular the world over. While he would continue to improve and upgrade his armors, the brilliant industrialist/hero would also help found the premiere Marvel superhero group the Avengers and fight with them all the way into the current Marvel Now! Universe. With a fresh start Tony appeared there with a brand new suit of Iron Man armor featuring a sleek design and a bold black and gold color scheme! The Iron Avenger stands at the ready, turned to his side as he raises his right hand to aim a repulsor at the enemy. Iron Mans armor is intricately detailed with layers, panels, vents, and other technological components like secondary repulsors, and the metallic paint really makes it shine.