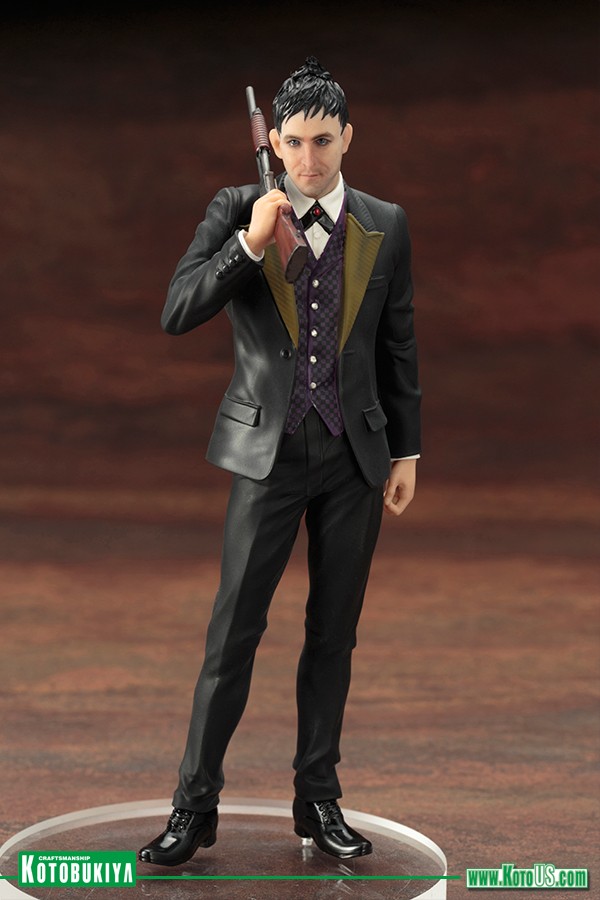 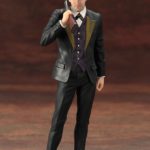 Kotobukiya is taking its popular lineup of comic book and movie characters based on DC Comics properties to a whole new world with the introduction of statues from DCs Fox television show Gotham. The second character recreated in the fantastic 1/10th scale ARTFX+ format from that superhero drama after Detective Jim Gordon is everyones favorite nefarious villain, OSWALD CHESTERFIELD PENGUIN COBBLEPOT! When he was first introduced Oswald was a lowly employee at a nightclub ran under the umbrella of one of Gotham Citys crime families. However, beneath his somewhat odd appearance lies a fierce ambition and a scheming mind, and soon Cobblepot began his meteoric rise in the ranks of his citys gang leaders. Now the villain that everyone loves to hate comes home to roost in a tremendous ARTFX+ Statue presentation featuring a spot-on likeness of actor Robin Lord Taylor!

Ready to take down a rival mob boss or inflict permanent harm on someone who called him Penguin,Oswald Cobblepot has never looked more dashing or dangerous. The Gotham City gangster stands in a relaxed pose, leaning over one leg with the other kicked out… and of course his feet are splayed outward representing the gait that contributed to his nickname. Penguin wears a fancy black suit with shiny shoes, a spiffy yellow inner lining in his jacket, purple checkered vest, white shirt, and black crossover tie with red gem. Actor Robin Lord Taylors soulful yet determined expression is expertly recreated in miniature and this Cobblepot looks like he just stepped right off the screen. You can even display your Penguin in two different ways with his right hand holding either an umbrella or a shotgun over his shoulder! Oswald Chesterfield Cobblepot stands just over 7 inches tall (in the ARTFX+ 1/10th scale). Whether hes joining the previously released ARTFX+ Jim Gordon in your collection or looking great all by himself make sure not to turn your back on this dapper yet deadly Penguin!