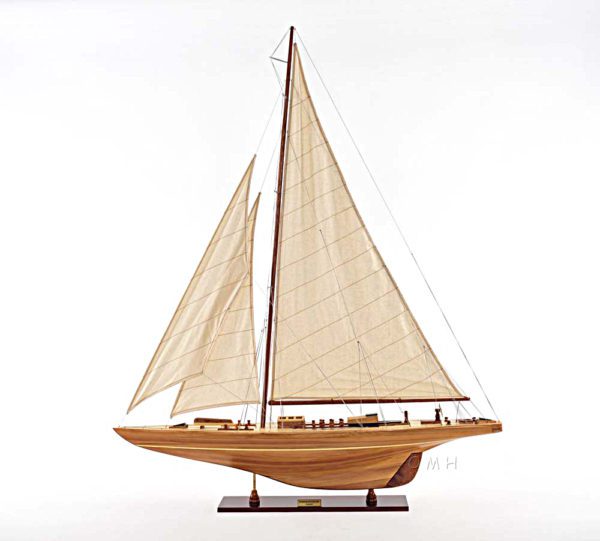 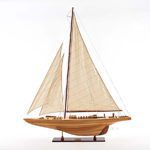 Dimenssion: L: 40 W: 8 H: 48.5 Inches
History: Endeavour was hailed as the most beautiful J-Class yacht ever built. She was the best and most impressive sailboat that Britain ever built to race in Americas Cup series. Endeavour had speed as well as beauty. Built in 1933 by T.O.M. Sopwith, the undisputed leader of the British aircraft industry, Endeavour possessed many new and innovative devices, including below-deck winches, new sail designs, and an improved spinnaker. Even with an amateur crew, she came closer to winning the Cup than any other challenger up to that time. Endeavour was a faster yacht than her contender Rainbow. She beat Rainbow the first two races. However, the American team was a much finer crew and defeated Endeavour all next three races by out-thinking her captain. When Endeavour returned to England she continued to dominate the British racing scene until 1938 when she was laid up for the duration of World War II. Saved by Elizabeth Meyer of New Port, RI, today she is one of the most breathtaking sights on the water. To take helm of such a yacht is to experience pure power, grace, and speed.

Be the first to review “Endeavour 40”