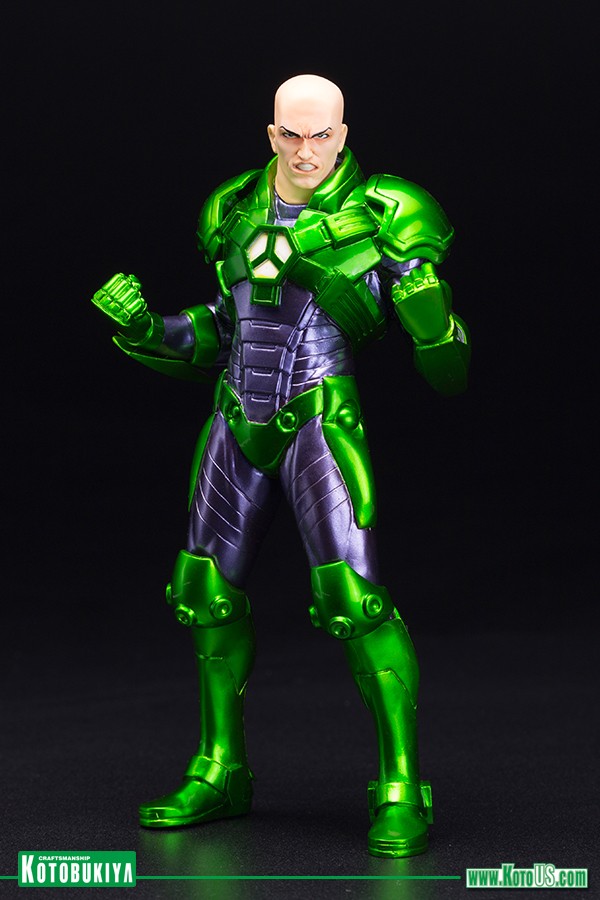 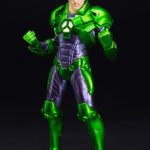 The latest DC Comics ARTFX+ Statue from Kotobukiya returns to the pages of the New 52 with one of comics most famous villains of all-time, LEX LUTHOR! Featured in Superman stories since his debut in 1940, Alexander Lex Luthor has been a thorn in the Man of Steels side with his extreme intelligence and suspicion of the alien. At his most dangerous Lex dons a fearsome armored battlesuit packed with cutting edge technology, and thats exactly how hes presented in a fantastic new ARTFX+ Statue kicking off the Villains Forever series!

When the Crime Syndicate took over the Earth and subdued the Justice League in the pages of Forever Evil it was up to villains like Lex Luthor to fight back. He appears here just as he did in the comics, ready to take on any threat to his world domination. Luthor releases his inner fury in a tensed pose, legs bent and fists held up as hes ready to strike. Lexs resplendent metallic green and purple battlesuit covers his whole body except for his head, and is highly detailed with panels, overlapping plates, reinforced joints, his personal logo on his chest armor and more. The only part of his body exposed is the villains head, and under his gloriously bald pate Luthor scowls at his unworthy enemies.

Sculpted by Ikkei Jitsukata, Lex Luthor stands just under 8 inches tall (in the ARTFX+ 1/10th scale) and like all ARTFX+ statues he has magnets in his feet for extra stability on his included display base. Lex looks great in his shiny, high tech battlesuit and is a perfect addition to any villain or hero display; just dont let him get too close to Superman!

Be the first to review “DC COMICS LEX LUTHOR ARTFX+”